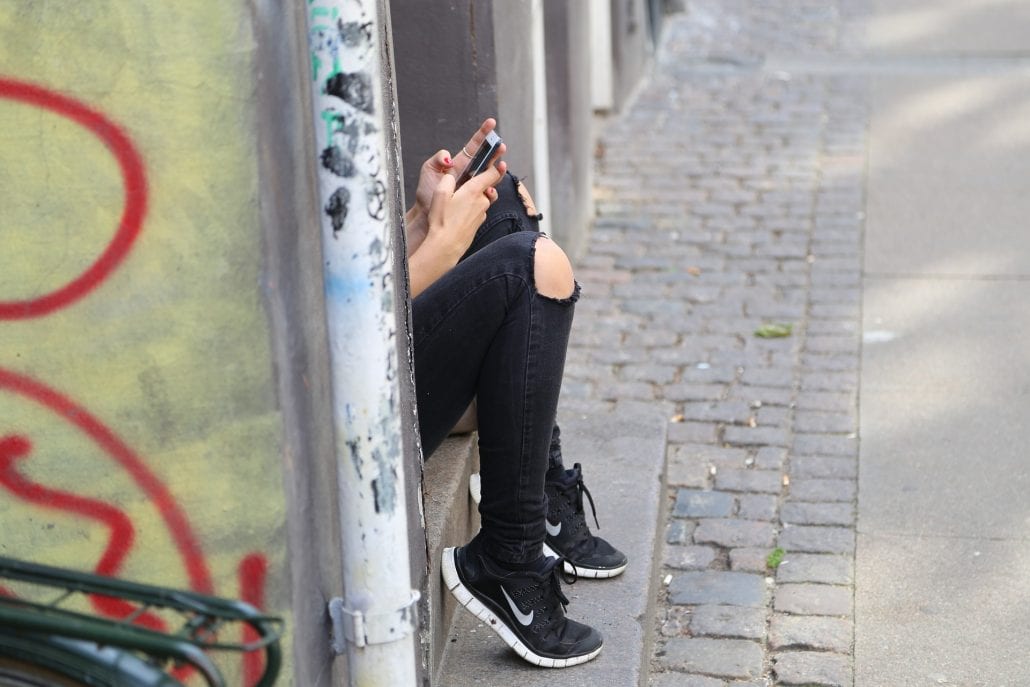 There’s a whole new sexual frontier out there—one that nearly 50% of teens participate in: sexting. The U.S. court system defines sexting as “an act of sending sexually explicit materials through mobile devices.” The messages may be text, photo, or video.

Sexting—which relates directly to social media literacy, self esteem and privacy—is something you may want to get to before they bring it up. Once there’s a problem, it could be too late. Here are some ways to start the conversation: Nothing is private in cyberspace Even though a snapchat post lasts only 10 seconds, doesn’t mean it won’t end up for all to see (and share) forever. Brainstorm with them (because they know this technology better than you) all the ways this could happen. Not clicking “send” is hard There are so many reasons teens sext: to flirt, connect, comply. Role-play these reasons, then discuss the consequences. This can arm them with rational, well-thought-out resistance to clicking “send.” Real world principles Help them understand that just because it’s online, it doesn’t change interpersonal rules surrounding trust, respect and consent. When in doubt follow WWGT (What Would Grandma Think.)

It’s all changing so fast that the best way to keep up is to ask teens. Right now, here are some of the activities and platforms they’re using. Types of Sexting • nude or provocative selfies • body part selfies • videos showing nudity • videos of sex acts • sexual text proposals • text messages about sex Sexting media platforms •texting and messaging • snapchat • video phoning • other platforms ???

So far there are no federal laws governing the use of technology for sexual purposes by minors. However, many states have laws protecting those under 17 or 18. Legislation to establish penalties for minors—including warnings, fines, probation and detention—are being considered. Learn more about the laws in your state here. You can also read an article on the legal implications of sexting here.

According to Psychology Today: “Sexting” among teenagers has increasingly made news headlines, resulting in a lot of worried parents. Usually defined as sharing a sexual photo of oneself nude or nearly nude through mobile or Internet communication—sexting may actually be less common than most people think. In fact, national surveys suggest that only a small minority—between 3 to 7 percent—of teens are sexting. One reason may be because one salacious incident can easily seize the attention of all students in a school. For instance, even if only 5 percent of youth are sexting at your child’s high school, this translates to one in 20 students—almost one student in every class and more than enough to keep the rumor mill running. Another reason may be because the media can sometimes give us the impression that, instead of being an outlier, one small story is reflective of what’s going on in the "real world". You may have heard an alarming statistic that 40 to 53 percent of teens are sexting. It turns out that these data are from a small regional study with only 35 students from two inner-city schools in London. Additionally, this study defined sexting to include behaviors such as requesting or even harassing others for suggestive photos and distributing the photos to others without the consent of the person in them, among other behaviors. This greatly widens the definition of sexting and would thus make it seem like a large fraction of the interviewed students might engage in one particular behavior. Despite all of this, the media portrayed the study’s results as a bellwether for teen life today. Age is another factor influencing the reported percentage of youth who are sexting. For instance, the Teen Health and Technology study found that sexting increases with age: 17-year-old girls are almost twice as likely to sext as 15-year-old girls and more than three times as likely as 14-year-old girls. Similarly, the MTV study found that young adults (19 percent) are much more likely to sext than teens (7 percent). Including youth as old as 24 years old may be why the MTV study concluded that as many as 15 percent of young people have sent nude photos or videos. However, the MTV finding for teen sexting (7 percent) is much closer to findings from national studies (3 to 7 percent). So, the good news is: few children under the age of 18 seem to be sexting. The vast majority are not sending or posting sexual photos of themselves. Among the few teens who are, many researchers suggest that sexting has become part of sexually curious behavior, in a world of technology-mediated adolescent development [1, 2, 3]. Furthermore, sexual curiosity exploration indicates the need for adults to have conversations with youth about healthy and unhealthy sex. 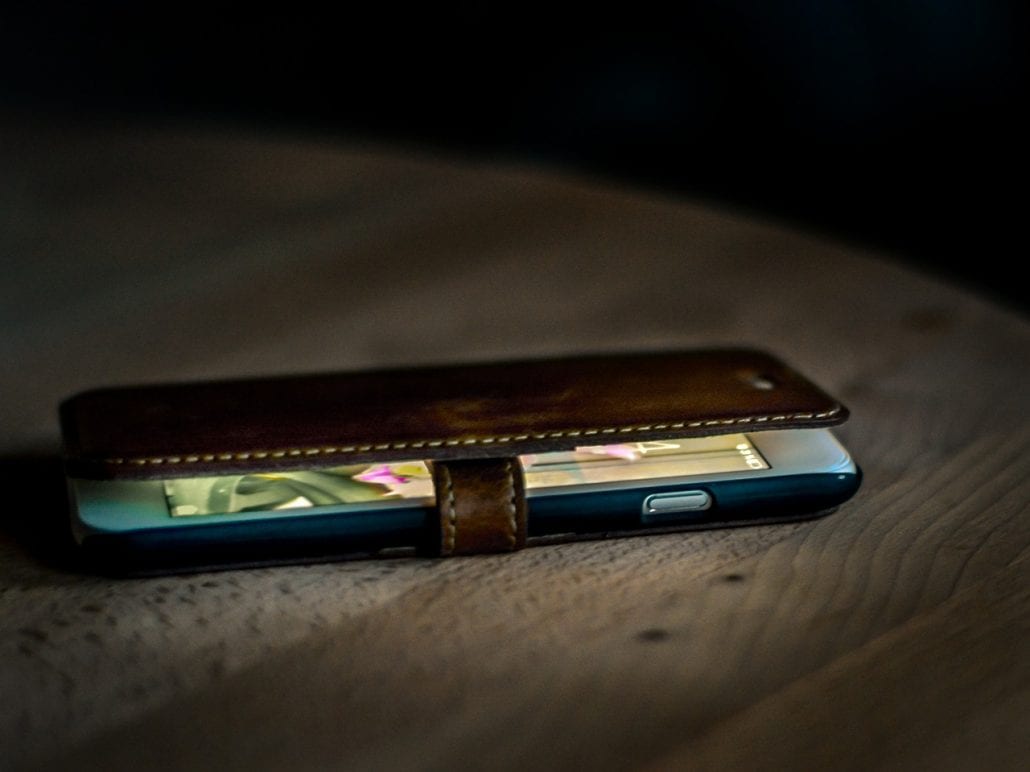 Texting too Much? Implications of Text Messaging for Adolescent Well-Being

Adolescents rely on text messaging to communicate with their friends more than any other form of contact, including face-to-face interaction. Most research to date on text messaging has relied on self-report surveys.  Underwood and colleagues conducted a naturalistic study of text messaging in 172 14-year old adolescents who were participants in a 5 year longitudinal study of adjustment. During the summer prior to 9th grade, the teens completed measures of internalizing symptoms and were provided with BlackBerry devices with paid service plans, unlimited texting, and data plans providing direct access to the internet. They were encouraged to use the device as their primary cell phone. At the end of the 9th grade year they completed additional measures of depression and somatic complaints, such as feeling overtired or having headaches, aches and pains, or an upset stomach.

A sample of texts from two 2-day periods separated by 4 months (homecoming at the beginning of the 9th grade school year and Valentine’s Day) were coded by time, sender, and content.  The majority of communications were with friends (70%) followed by romantic partners (21%).  Girls sent more text messages than boys.  The majority of texts (77%) contained positive or neutral messages (for example, “My mom is going to pick me up at 7” or “Tina was telling all the girls how you looked”).  Adolescents who sent more texts tended to show more somatic complaints at the end of 9th grade. Those who sent frequent text messages containing negative content (such as, “You’re so lame,” or “Tim’s really stupid”) were more likely to show symptoms of depression and physical complaints at the end of 9th grade. Less than 2% of all messages concerned sex (“sexting”). Girls who engaged in sexting reported more somatic complaints and depression symptoms than their peers, yet the opposite was true for boys, for whom sexting was associated with lower rates of somatic complaints and depression symptoms, relative to their peers. These results suggest that text messaging is a form of peer communication that is associated with physical and emotional well-being.